Does racism have inertia? A study of historic redlining's impact on present-day associations between development and air pollution in US cities 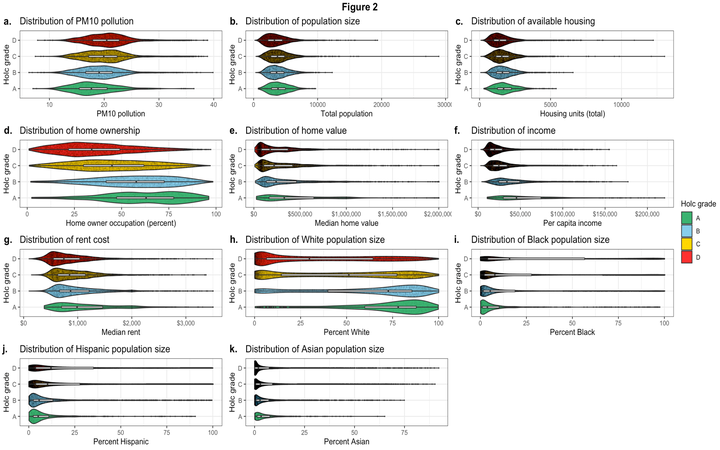 We explore how Home Owners' Loan Corporation (HOLC) scores of the 1930s impact 2010 and 2015 inhalable particulate matter (PM10) concentrations for 15,232 census tracts, clustered in 196 cities throughout the contiguous United States. Using areal apportionment, we assign a HOLC score to housing tracts and construct hierarchical linear models to examine the relationship between the policy practice of redlining, PM pollution, and urban economic development. We find that redlining is associated with higher PM10 concentrations, and that higher HOLC grades also intensify the association of per capita income, median rent, median home values, and racial composition with PM10. These findings suggest that historical policy programs that were grounded in racial logics—such as the HOLC practice of ‘redlining’—have an inertia that results in them influencing development pathways and environmental outcomes of built environments for decades.