The Environmental Consequences of Rural and Urban Population Change- An Exploratory Spatial Panel Study of Forest Cover in the Southern United States, 2001–2006 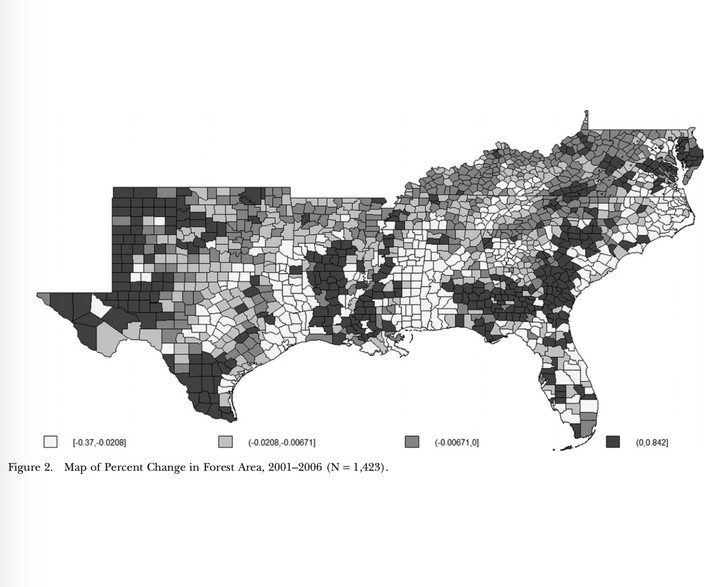 This exploratory study examines the effects of rural and urban population change on forest cover at the local level across the southern United States. Using county‐level data from the National Land Cover Database and other U.S. government sources, we regressed the total area of forest cover on rural and urban population size in spatial panel models with two‐way fixed effects. When we controlled for several other factors, including the number of forestry operations at the county level, regression results indicate that urban change had no effect, but rural population size was positively related to total forest area, and this effect was most pronounced in and around Georgia. Thus, in areas of the southern United States, rural growth was associated with afforestation, not deforestation. We speculate on how this unusual finding contributes to the debate between ecological modernization and urban political economy implicated in previous cross‐national research.